Neighborhoods of Lisbon to visit: seven ways to live Lisbon

The City of Seven Hills is famous for its different neighborhoods. All the main areas of Lisbon to visit, have a personality and a charm of their own. To go see them is to discover seven (or more!) very different ways of living in the city. Seven hills, seven districts of Lisbon to visit ... The Portuguese capital owes, perhaps, her charm to the magic number!

From North to South and from East to West, follow the guide to appreciate the specificities of Lisbon’s neighborhoods to visit. 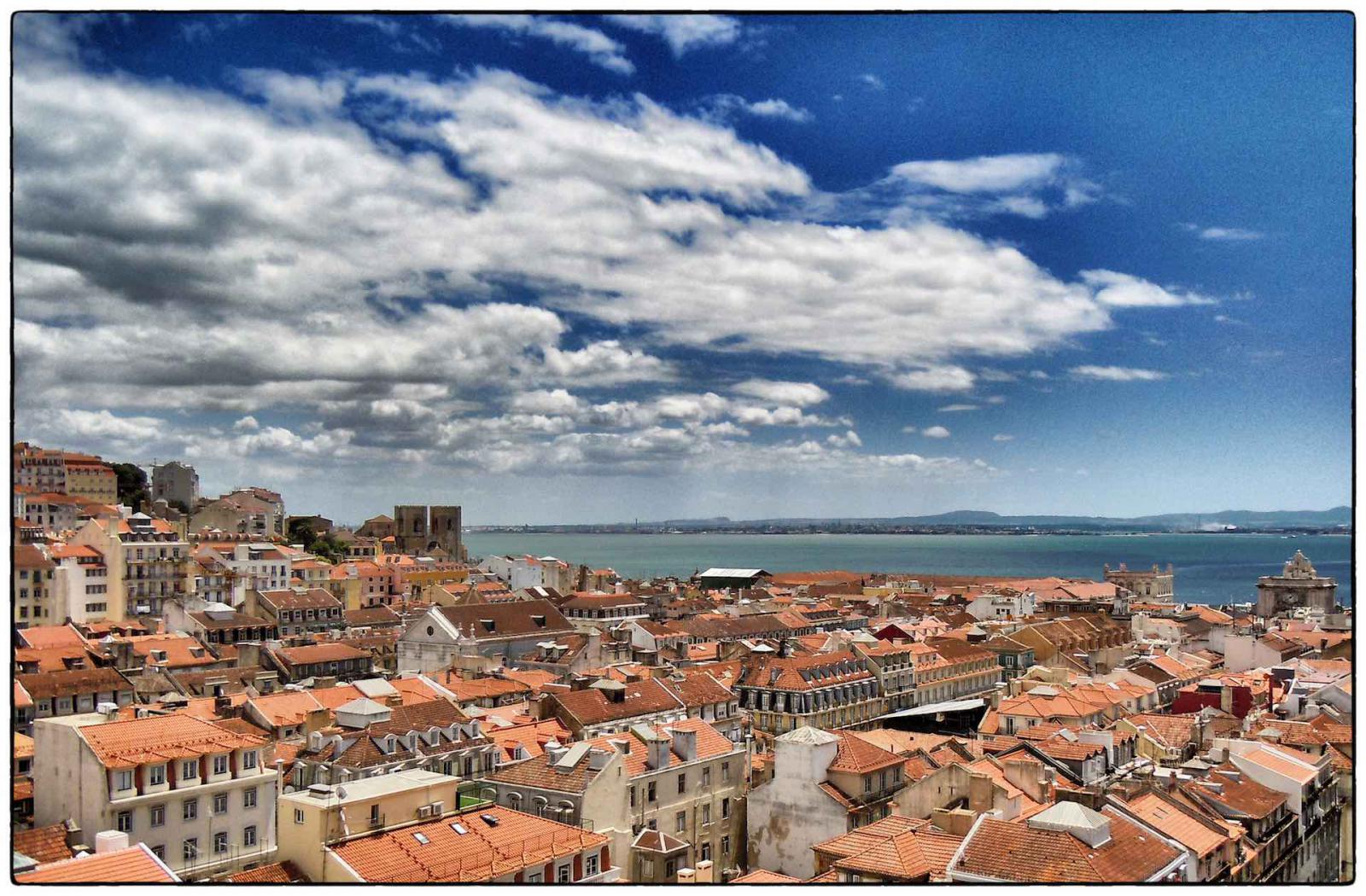 This neighborhood of Lisbon is a recent one, renovated and largely rebuilt for the 1998 Lisbon World Exposition. Once the old industrial wasteland was redone and pumped, it was able to accommodate eleven million visitors.

Today, the Parque das Nações is open to all, and you can enjoy the gardens on the banks of the Tagus, or visit the Oceanarium, which is the largest in Europe. It has also been voted the world's best Oceanarium in 2017. The aquarium contains 5 million liters of seawater and allows you to discover the fauna and flora of the oceans. But beware, we only see fish! The adorable sea otters and penguins are also there to remind us that mammals and birds are part of the marine ecosystems. An ideal family program.

For the shopaholics, the former main entrance to the Expo has been transformed into a shopping center. The Vasco de Gama shopping center brings together most of the major international brands.

Vasco da Gama Shopping Center - Parque das Nações - open daily from 9am to midnight, shops open from 10am to midnight.

Alfama is the oldest neighborhood in Lisbon to visit, it even resisted the earthquake of 1755. Its name comes from the Arabic Al-Hamma, which means a hot spring. Historically, it was the fishermen and seamen's district, on the banks of the Tagus River, and still retains the reputation of being a popular district. It is a charming maze of medieval streets, and it also houses the monumental castle of Saõ Jorge, first "castle of the Moors" before being reconquered by the Christians in 1147. From the castle, there is a magnificent view of the Tagus and the city.

To enjoy other panoramic views of Lisbon's neighborhoods, you have to go to one of the many miradouros, or belvederes. The Miradouro de Santa Luzia, not far from the castle, makes it possible to make a halt up high.

The other monument of Alfama is the Cathedral of Santa Maria Maior, simply called "the Sé". Its construction began at the time of the capture of the castle, in 1147, to celebrate the Christian reconquest. It is an Augustus - and austere - Gothic monument of gray stone, which has experienced many vicissitudes. 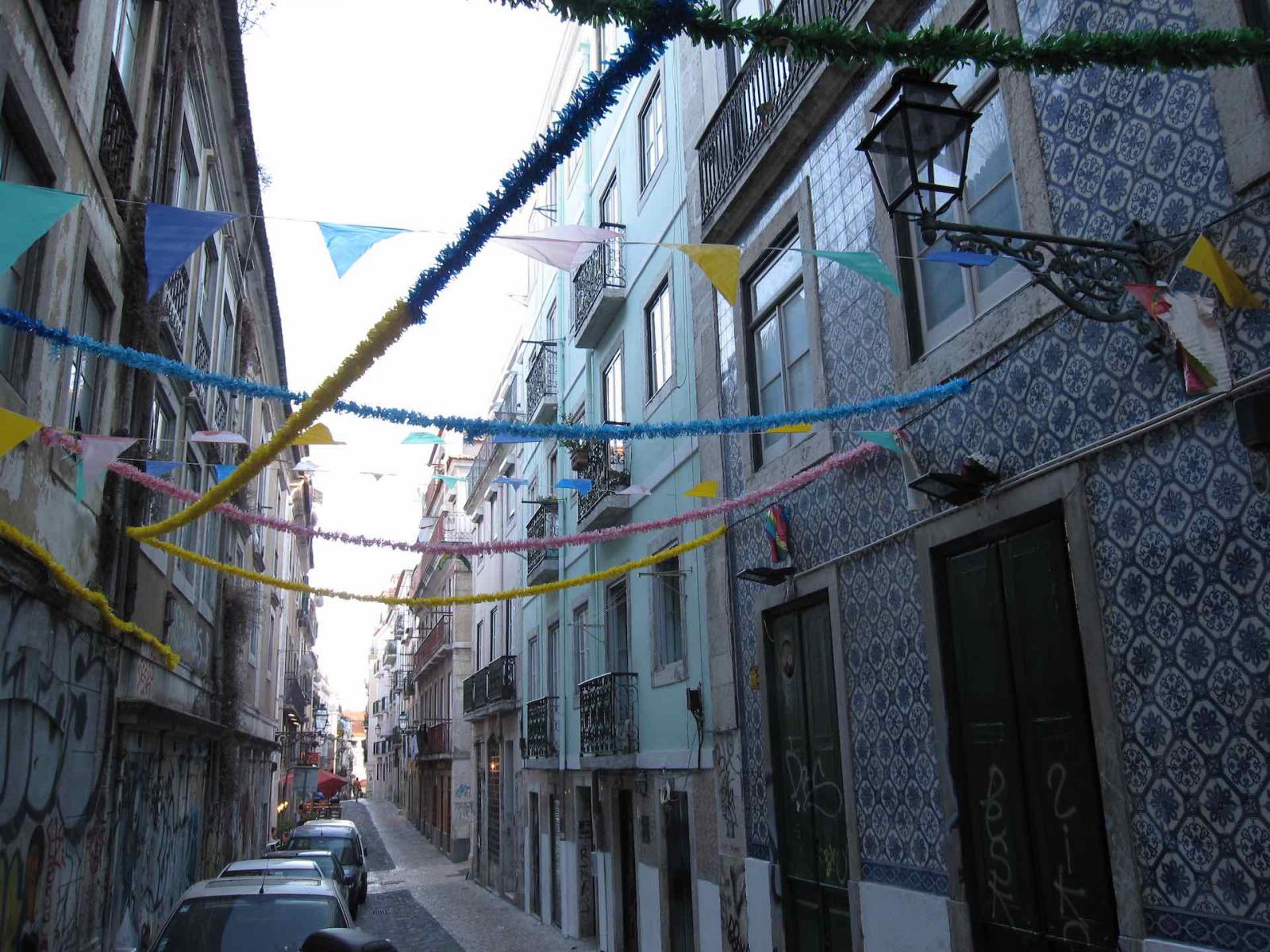 Continuing along the Tagus, we arrive at one of the most famous neighborhoods of Lisbon to visit: the Baixa, in other words the lower city. Built according to innovative architectural and urban principles after the 1755 earthquake, La Baixa is an elegant, airy neighborhood with wide avenues on a grid floor, where streets intersect at right angles.

Right on the banks of the Tagus River, you will appreciate the beauty of Praça do Comércio, with its pretty cobblestones forming a geometric pattern. In the middle, the monumental statue of José I serves as a focal point and, all around the square, arcades are home to shops and cafes.

To appreciate this Lisbon neighborhood, it is best to walk around the beautiful, well-aligned streets like Rua Augusta. From Praça do Comércio, one passes under the magnificent and aerial triumphal arch, which can be visited. For € 2.50, you can take an elevator and two stairs to reach the top.

In Rua Augusta the MUDE is found, the Museum of Design and Fashion, which houses a fascinating collection of 20th century design.

And if you go to Lisbon in April or September, you may have the chance to discover the mysterious Roman galleries underground. They are only open a few days a year, upon registration, so do not miss the opportunity!

Continue up Rua Augusta to Chiado, one of Lisbon's most famous shopping districts. Chic neighborhood, Chiado is full of fine shops, clothes, books, jewelry, but also museums and cafes. It is in this district that there is A Brasileira, the coffee of predilection of Fernando Pessoa, with its superb facade decorated with a fresco of azulejos.

To bring back a truly Portuguese object and to discover the young creators of the country, we must go to A Vida Portuguesa, cave of Ali-Baba which we spoke about in a previous post.

Chiado is one of the most beautiful areas of Lisbon to visit; you have never stopped discovering its secrets at the corner of an alley, or at the corner of a small square. Square Luis de Camoes, for example, with its splendid white stone facades and small Art Deco stand, is well worth the detour. It signals the boundary between Chiado and Bairro Alto. 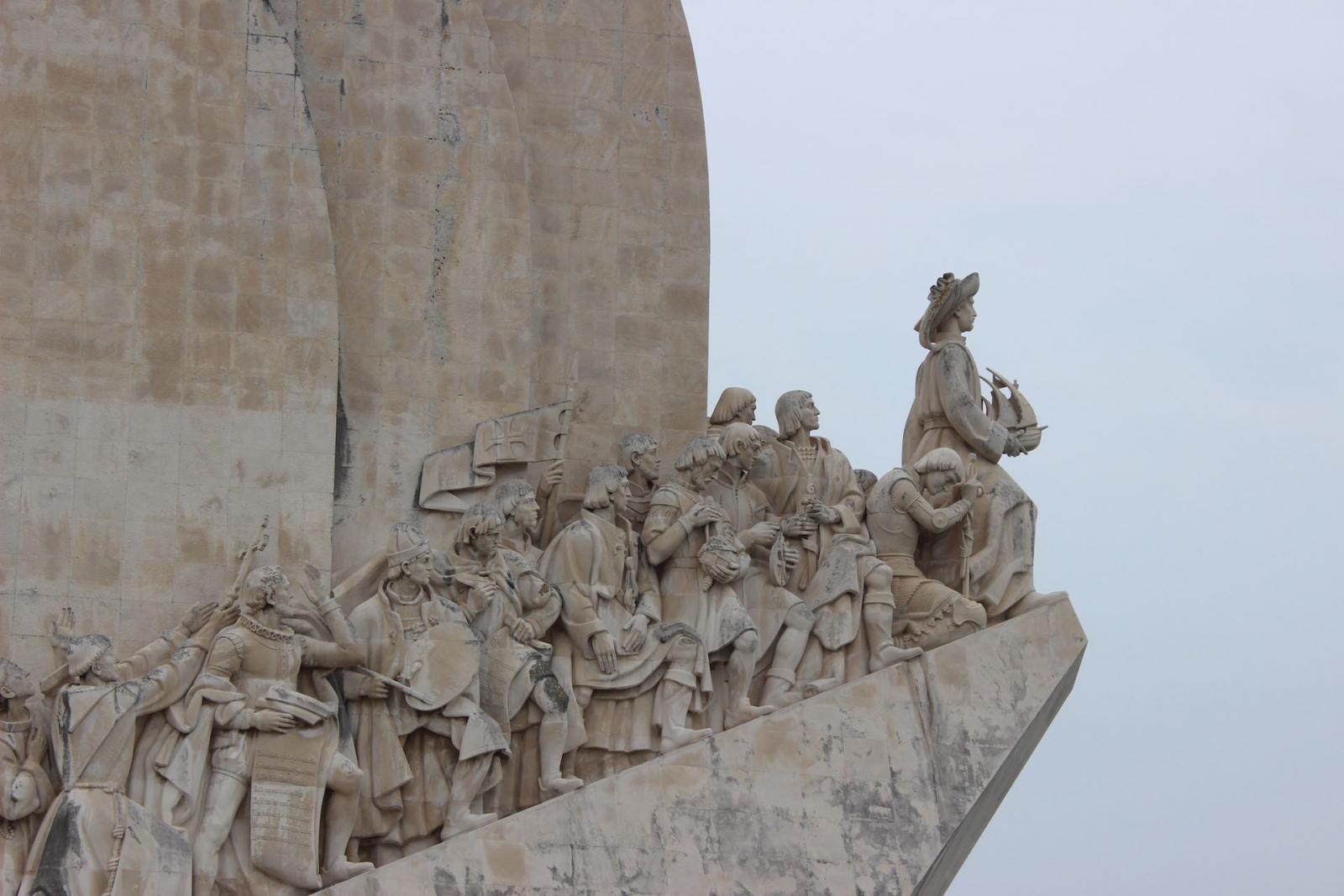 The Bairro Alto, which sleeps during the day and lives at night, is the neighborhood of night owls. For over 20 years, it's here that we meet friends for a drink and enjoy the beautiful summer nights.

Among the many good addresses, we recommend Portas Largas, with its generous cocktails; fans of mojitos will go to Clube da Esquina; and the audacious ones will go to Arroz Doce to ask for a "kick", a "Pontapé". Everywhere, or almost, live music and crazy parties!

We must now go beyond the bridge of April 25 to meet in Belém, the homeland of the famous pasteis of Belém. The emblem of the district is the massive defensive tower of Belém, which guard the entrance to the Tagus. With its graceful crenels, it is recognized from afar.

The Jerónimos Monastery, with its imposing white Manuelian facade, impresses with the delicacy of its sculptures, particularly in the cloister and in the Church of St. Mary. This immense and sumptuous architectural ensemble was financed thanks to the great voyages of discovery of the Renaissance. These trips are celebrated by the Monument of the discoveries, inaugurated in 1960.

Monument of the Discoveries - Av. Brasília, 1400-038 - open from 10am to 18pm and closed on Mondays in winter, open every day in summer, until 19h, closed on certain holidays. 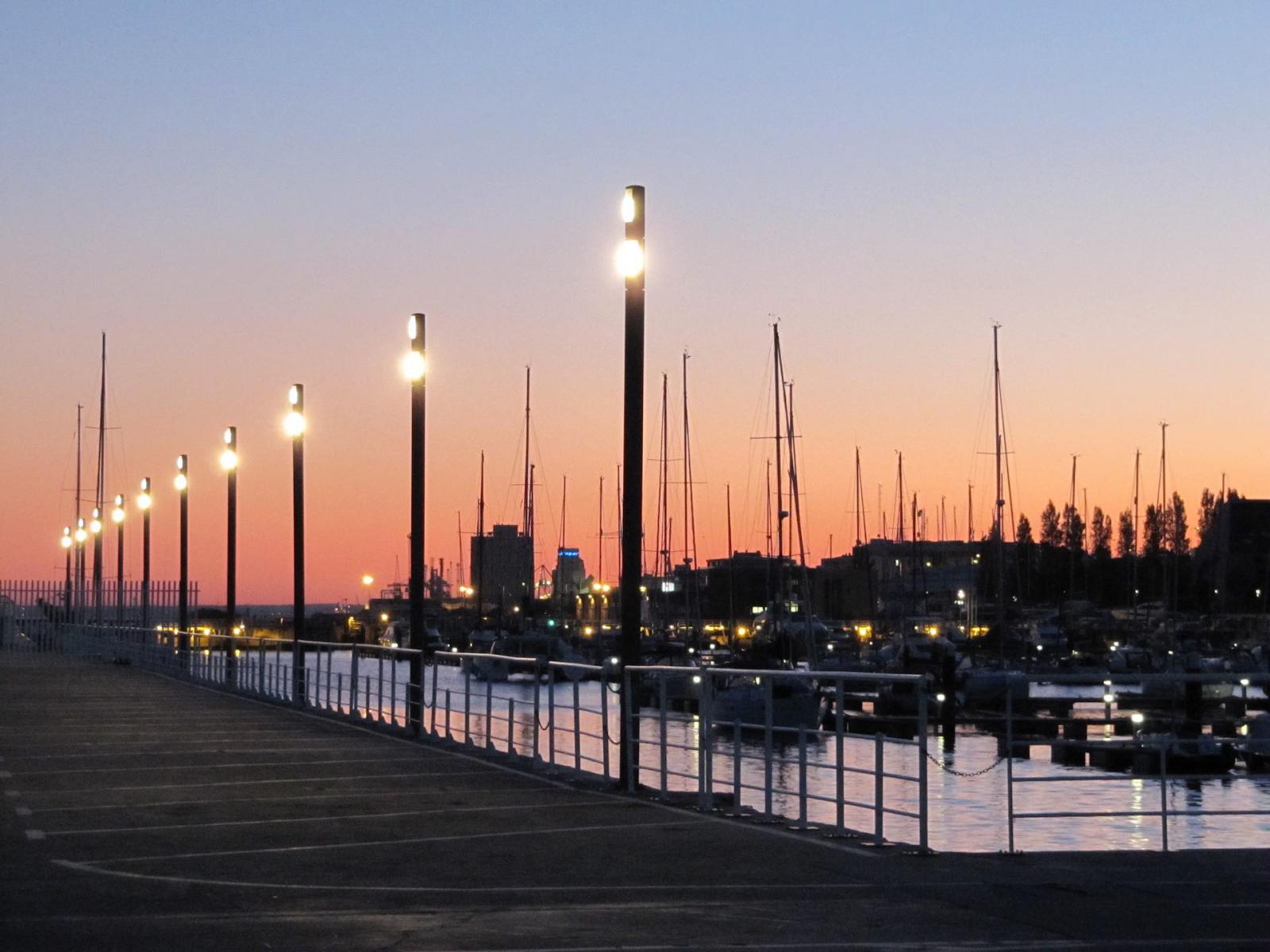 And here is the last of Lisbon's main neighborhoods, Alcântara, the dockland district in the Tagus Estuary. From Belém, you can walk pleasantly along the promenade along the river, to the bridge of 25 April. Since the 1990s, Alcântara has become the district of night clubs: separated from the residential districts by commercial buildings, it allows the party-goers to enjoy the night without disturbing the residents.

During the day, one can also visit one of the many restaurants on the docks, the "Docas de Santo Amaro". Doc Cod serves the traditional bacalhau as well as grilled meat over a wood fire in a pleasant setting above the marina. A bit further, the restaurant Ardemar serves delicious Mediterranean cuisine with a typical Portuguese touch.