Discover Lisbon in the footsteps of José Saramago

For lovers of novels, there are few more enjoyable pleasures than to discover a real place in the footsteps of a renowned writer. Fortunately for inveterate readers, Lisbon is not only a city of culture and history, but also the soul city of several great writers.

If you already know the novels of José Saramago, Nobel Prize in Literature, you will find them with pleasure, like old friends. If you have not yet had the opportunity to discover his finely ironic prose, a stay in Lisbon is the perfect moment!

Prepare your next stay in Lisbon by delving into the deeply human universe of José Saramago's novels.

In Lisbon, you can visit the José Saramago Foundation, or follow the tourist route Memorial do Convento that will take you to the National Palace of Mafra, in the footsteps of Balthasar and Blimunda, heros of the novel that bears their names. 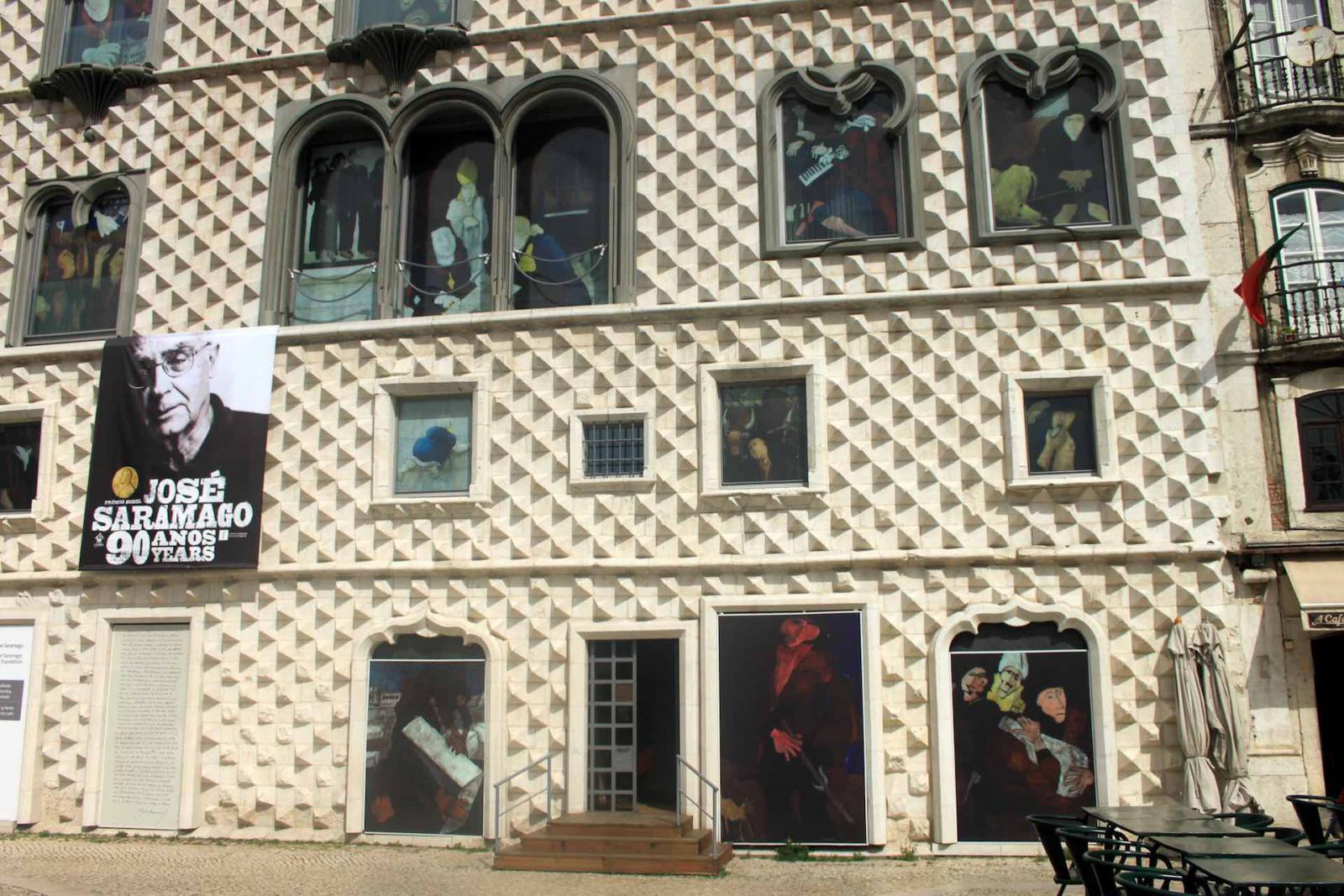 Lisbon seen with the heart: José Saramago, who are you?

José Saramago was born in 1922 in a small village north of Lisbon, in Azinhaga, in a family of poor peasants. His family moved to Lisbon two years after his birth. He spent most of his life in Lisbon, until his exile in Lanzarote in 1992, after a controversy that opposed the Portuguese government at the time.

Pure Lisbon, Saramago loved this city which he knew every nook and cranny intimately. But he always remained attached to Azinhaga, the village of his childhood and the village of his grandparents. In his speech for the Nobel Prize of Literature in 1998, he tells how his grandparents gave him the taste of imagination, the love of nature, and an inexhaustible curiosity for Portuguese folklore.

In one of his most recent books, The Notebook, which includes many texts that the writer first published on his blog, he wrote a real love letter in Lisbon: "I would be interested, not only to know, but also to see, in the true sense of the word, how Lisbon has changed since those days. If the cinema had existed then, if the ancient chroniclers had been cameramen, if the thousand and one changes that Lisbon has known throughout the centuries had been recorded, then we could have seen this Lisbon of eight centuries grow and move like a to be alive, like those flowers that the television shows us, which open in a few seconds, from the still closed button to the final splendor of shapes and colors. I think I would have liked this Lisbon more than anything.” (The Notebook, published by Cherche-Midi, Marie Hautbergue translation) 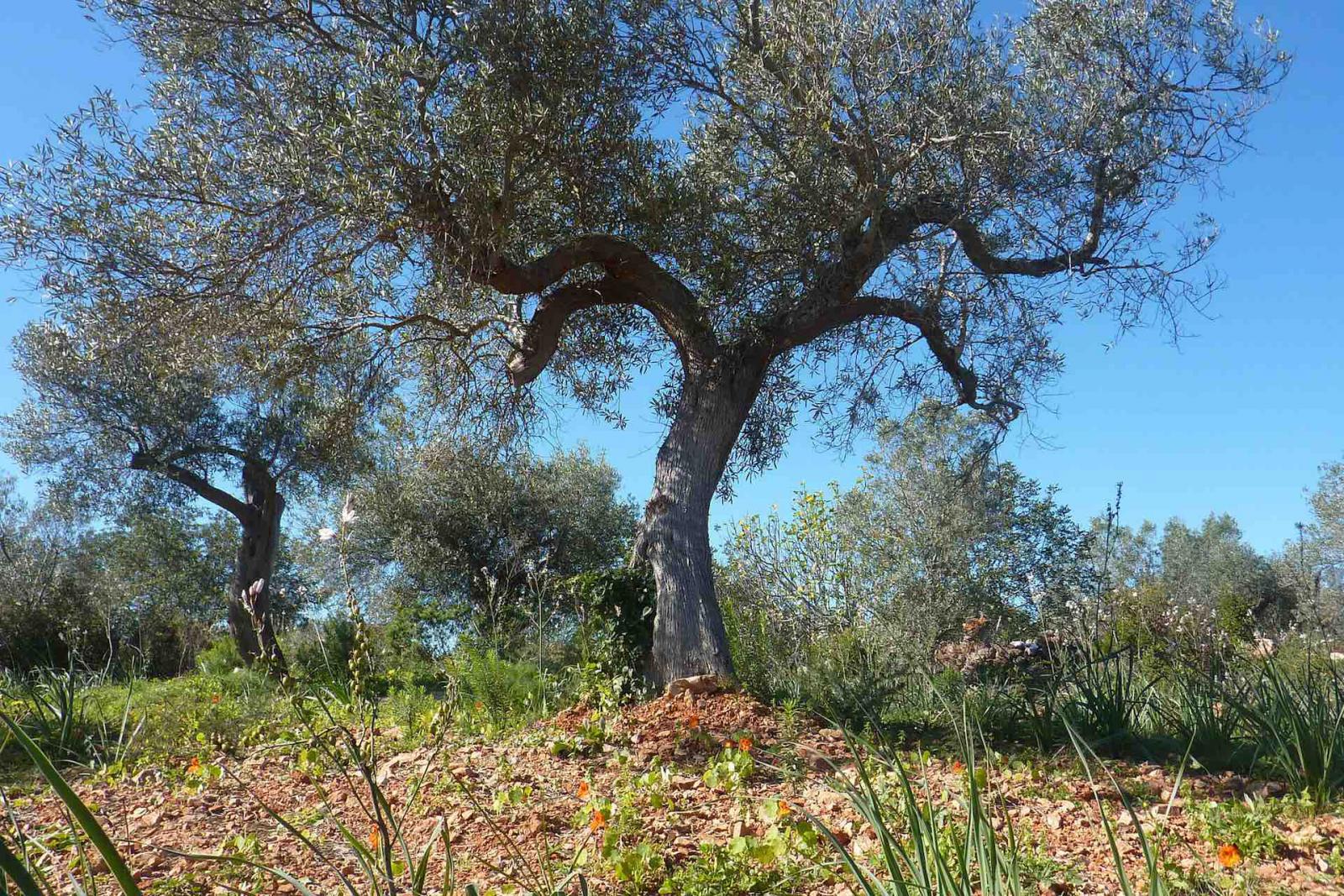 As a child, he knows poverty: Every spring his mother would bring the table covers of the family to the pawnshop, in order to recover some money, and hoping to be able to buy them at the beginning of the winter ... Because of these difficulties, and although he is an excellent student, his parents cannot enroll him in college, private. He did technical studies before working as a mechanic. Saramago is already an avid reader, even though he is too poor to own his own books. At age 19, and with a loan from a friend, he bought his first books.

Saramago also becomes a translator and a journalist. A prolific writer, he published numerous articles, poetry collections and several novels, before finally becoming famous at 60, with the publication of his novel Memorial do Convento.

He died in 2010 and his ashes are buried in the shade of a century-old olive tree, in front of Casa dos Bicos, which houses the José Saramago Foundation.

The very pretty Casa dos Bicos, literally "house of spikes", is a very interesting example of Portuguese architecture of the 16th century. Built in 1532 for Bras of Albuquerque, the son of the viceroy of the Portuguese Indies, it is decorated on its facade with sharp stones. Bras of Albuquerque, who oversaw its construction, was most likely inspired by examples from the Italian Renaissance, such as the Palazzo dei Diamanti in Ferrara.

Casa dos Bicos suffered enormous damage during the earthquake of 1755. Its two upper floors were only rebuilt in 1983, respecting the original appearance of the house, with its double-pointed windows.

Since 2012, the Casa has hosted the José Saramago Foundation, with a permanent exhibition dedicated to the life and work of the Nobel Prize winner for literature. The exhibition gathers personal effects and manuscripts of the author and recreates his workplace. 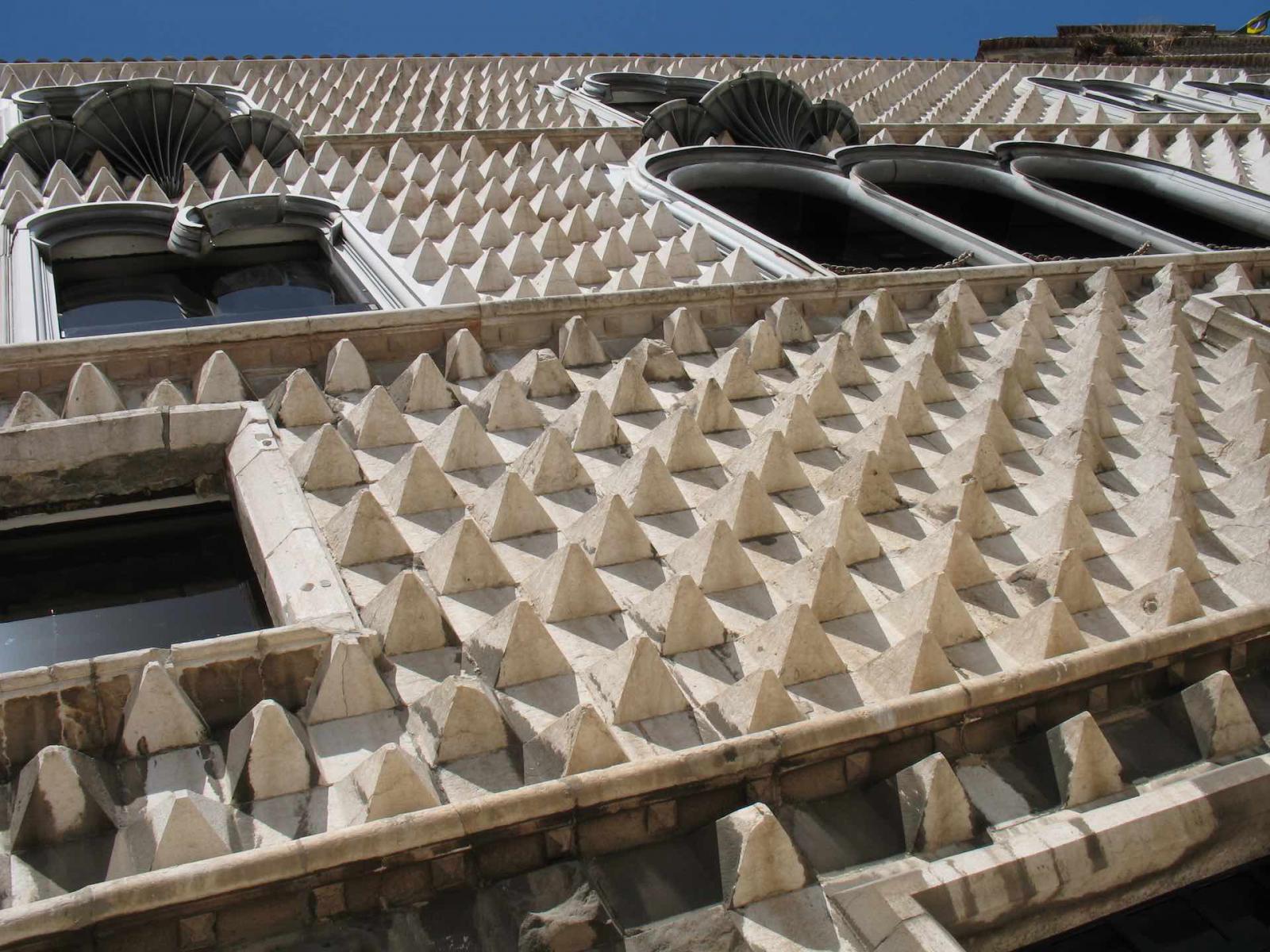 In the footsteps of Saramago, from Lisbon to Mafra: la Rota Memorial Do Convento

Recently inaugurated, the brand new cultural route "Memorial do Convento" offers the opportunity for a pleasant excursion, on the real sites that inspired José Saramago for his novel.

The route starts in Lisbon, Praça da Figueira, goes through Casa do Bicos, continues to Sacavem, where visitors will discover an information center on the cultural route to the municipal library Ary dos Santos. We then arrive in Loures, to discover several sites of the city. The route ends at Mafra, and of course includes the National Palace, which serves as a backdrop to the novel. This cultural tour, which has just been inaugurated, will include a website and an app.

Baltasar and Blimunda is the novel that serves as a guide for this journey. It transports us to the 18th century, during the construction of the Mafra Palace. The novel tells of the loves of Balthasar, a one-handed worker involved in the construction of the palace, and Blimunda, a young woman with a singular gift of clairvoyance. They participate in the development of a magic flying machine, but the Inquisition does not see all of this with a very good eye... 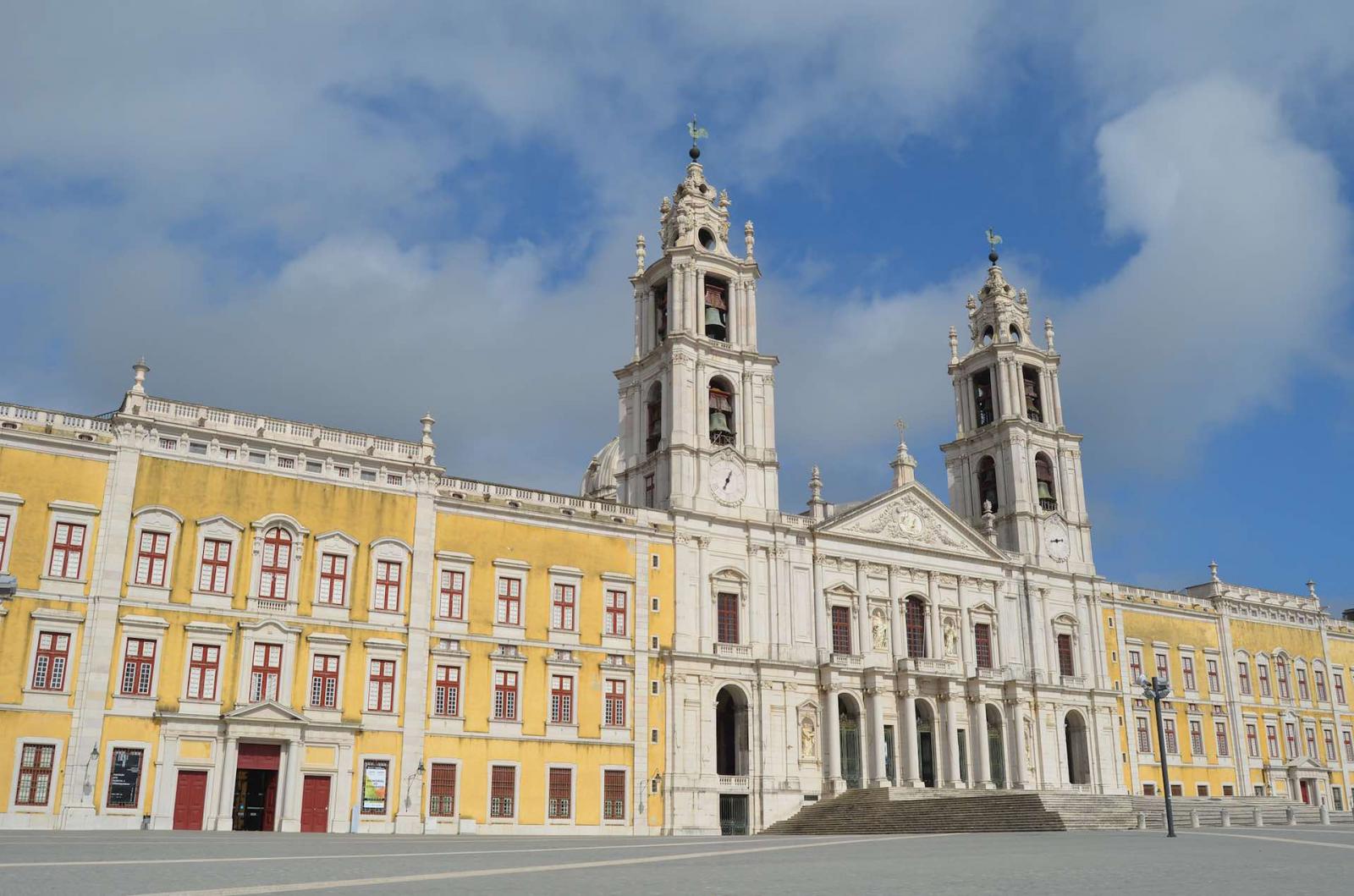 The national palace of Mafra

The literary route ends at the National Palace of Mafra, 40km from Lisbon, in the province of Arrabida.

To celebrate the birth of an heir, John V of Portugal honored his promise to build a Franciscan monastery. Originally, it was to be a simple and austere monastery to accommodate 13 Franciscan monks who took a vow of poverty. But two years after the beginning of the project, John V changes his mind: the cases of the Crown are full thanks to the gold coming from Brazil, Portuguese colony, and John V decides to build, not a humble monastery, but a sumptuous palace that will serve as a second home and hunting lodge for the royal family.

Four acres, 1200 rooms, 156 stairs and 29 courtyards, the least we can say is that John V refused nothing! The palace, built entirely of marble and stone from the region, is richly decorated with sculptures and paintings commissioned by the greatest Italian masters of the time.

Today, we appreciate the vast library of 36,000 volumes, the 6 organs of the basilica and the sumptuous decoration of this palace, a masterpiece of the Baroque, which could well deserve the name of Portuguese Versailles ... what would the heroes of Saramago have said, who died before the palace was finished!